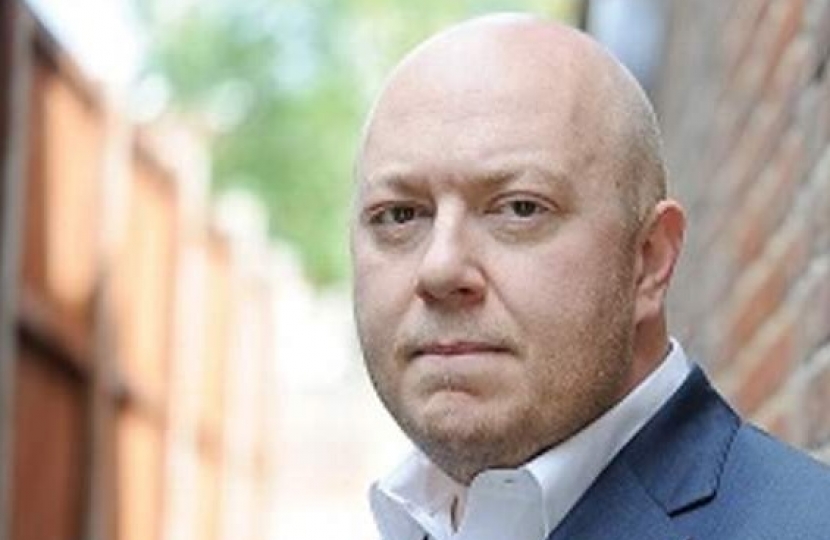 Chipping Barnet Conservatives are very sorry to pass on the news of the death of local journalist and former Conservative councillor Daniel Hope, following a serious illness. Our thoughts are with his family.

Some members of the local party have left tributes below:

Cllr Brian Salinger: “He was exceedingly diligent. If you wanted something you would ask Daniel to do it and he would do it well. He became one of the early bloggers. He was determined to open up the council to make it more transparent."

Cllr David Longstaff, CBCA Chairman: “His principle was that he just wanted to film anything and get it out there so other people could watch. He liked to point out inconsistencies. He was very political and loved going to political conferences – it didn’t matter whether it was the Conservative Party or The Labour Party Conference, and I think he even went to the Lib Dem conference."

Cllr Richard Cornelius, Leader of Barnet Council: "He was a feisty Conservative campaigner and he didn’t give up easily and we will miss him.”

Rt. Hon. Theresa Villiers, MP for Chipping Barnet: "I was shocked to hear of the untimely death of Daniel Hope. Daniel was a longstanding Conservative supporter with an unwavering commitment to local politics. He built a reputation as an influential figure in Barnet journalism and was a real pioneer in social media and digital politics. I very much valued his support and advice and I will really miss him."