"THANK YOU FOR VOTING NO TO AV" BY THERESA VILLIERS MP 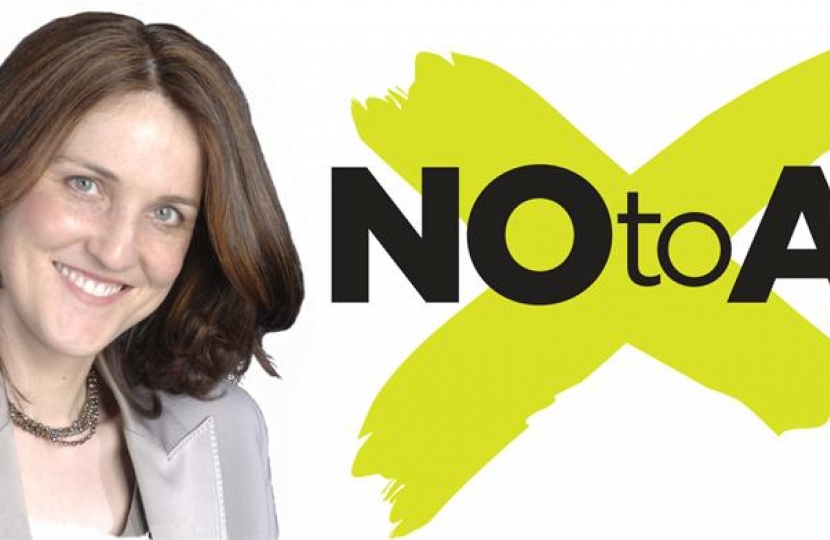 Thank you to everyone who voted No to AV in last Thursday's referendum and to the many volunteers who helped with the 'No' campaign here in Chipping Barnet.

The result was a resounding success for the No Campaign. Out of those who voted, 65 per cent opted to defend the principle of ‘One Person, One Vote’ and to keep our first past the post voting system.

Success in Barnet was echoed across the country, with more than two-thirds of those who took part in the referendum voting against a move to the Alternative Voting system for electing MPs. In the local elections which took place outside of London on the same day, the Conservatives also gained a number of councillors and councils.

Theresa said, “I am delighted with the referendum result, both here in Chipping Barnet and across the rest of the country.”

“It was a tough challenge to try to motivate people to come out to vote in the referendum since we had no elections in Barnet taking place on the same day. I was really worried that a very low turnout could have seen the country sleepwalking into a new voting system that would have damaged our democracy permanently.”

“The result on Thursday was a real vote of confidence in our ‘first past the post’ electoral system. The decisive victory for the ‘No’ campaign should mean changing the voting system is off the political agenda for the foreseeable future. There are far more important issues to work on, such as dealing with the deficit, creating the right climate for growth and jobs, and supporting the NHS. Those are the issues that matter to people and that’s what the Coalition will be focusing on in the months ahead.”