Making a success of Brexit 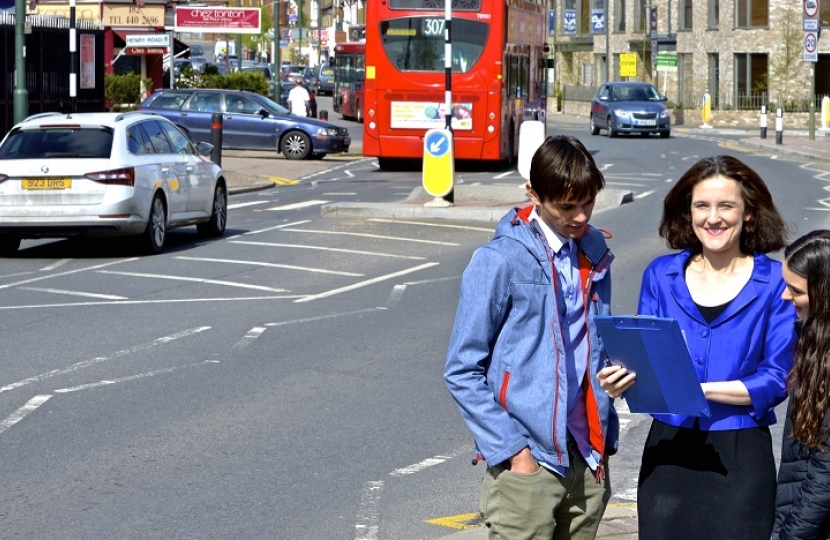 In the latest on a series of articles on the choice at this election, Theresa Villiers, Conservative Parliamentary Candidate for Chipping Barnet, focuses on making a success of Brexit…..

“On the 8th June this country will go to the polls to choose our next Prime Minister. There are a range of issues at stake but Brexit is one which many will consider as they decide how to cast their vote.

I voted to leave the EU and I believe the result of the referendum should be respected. In my view, restoring democratic control over our laws and our trade arrangements with the rest of the world will deliver significant new opportunities for people in Barnet and across the whole of the UK.

If I am re-elected I will be listening to all constituents, whether they voted leave or remain, as we seek a new partnership with Europe based on trade and cooperation, which sees the U.K. engaging internationally with the wider world. Leaving the EU does not mean pulling up the drawbridge and becoming isolationist.

I also believe that it is vital to secure the rights of the three million EU nationals living in the UK and the one million British nationals living in the rest of the EU. I fully recognise the contribution they make to so many aspects of our national life, including business, public services and civic society. In Parliament, I called on the Government to make this a top priority for the negotiations, and both they and EU leaders agree that this should be one of the first issues to try to settle in the forthcoming negotiations.

It is in the interests of everyone in the constituency, whichever way they voted in the referendum, that we make a success of Brexit and that we safeguard the economic progress this country has made. The only way to do that is to vote Conservative and choose Theresa May as our next Prime Minister.

We need strong leadership and a stable government in charge of negotiating our exit terms. This will only happen if the country elects a Conservative Government. A vote for any other party could lead to a coalition of chaos with a weak and floundering Jeremy Corbyn as Prime Minister, propped up by the Lib Dems and the SNP. There is no third option. If it is Mr Corbyn who can claim victory on 9th June, then the team running the Brexit negotiations and the economy will be a shambles.

For a successful Brexit and a growing economy we need to keep Theresa May in Downing Street. In Barnet, we need a strong local voice and a local champion. For 12 years, I have been standing up for Barnet: campaigning on the issues that matter here such as protecting the green belt, opposing over-development, improving public transport and broadband infrastructure, supporting local NHS services and backing local businesses and high streets.

I live in the constituency and I will always be a strong local champion for Barnet.