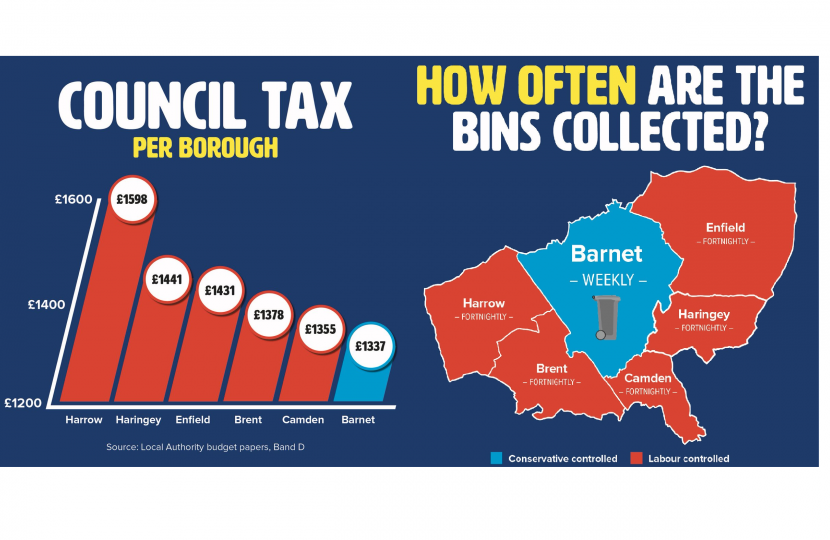 We all have a choice tomorrow and the decision we make will have a direct impact on our daily lives. I urge you to vote Conservative in the local elections in Barnet on 5th May.

The Conservatives in Barnet have raised school standards — 100% of our secondary schools and 97% of our primary schools are rated good or outstanding.

And we’ve done this while keeping council tax lower than every neighbouring borough run by Labour.

We’ve so far managed to stop Sadiq Khan building flats over High Barnet station car park. In contrast, Labour in Enfield gave the green light to building tower blocks over Cockfosters station until this scheme was blocked by a Conservative Secretary of State.

Unlike Labour in Enfield, we have resisted so-called Low Traffic Neighbourhoods which are causing traffic mayhem.

We will protect the green belt whereas Labour in Enfield want to build 6000 homes on green belt land.

We are resisting Mr Khan’s plan to bring the ULEZ charge out to the Greater London boundary. Only a Conservative council can be relied on to oppose the Labour Mayor’s new charges on drivers.

If we all wake up on Friday morning next week with a new Labour council here, we can expect them to repeat their record in neighbouring boroughs meaning: