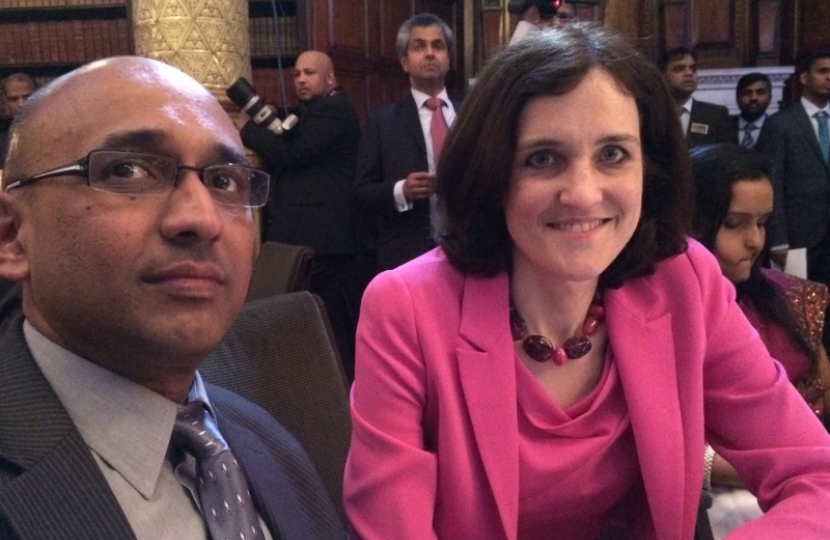 Theresa Villiers was present for the first ever Annual Dinner for the All Party Parliamentary Group on Tamils and the British Tamil Forum. Theresa is a strong supporter of efforts to achieve justice for the Tamil people. Many other Conservatives were there to support the British Tamil community including Lee Scott MP, Bob Blackman MP, Robert Halfon MP, Nick de Bois MP, Gavin Barwell MP, Chris Grayling MP, Roger Evans AM, and Charles Tannock MEP. Nick de Bois read a statement by Prime Minister David Cameron and Chris Grayling, Secretary of State for Justice, gave a speech supporting the Tamil community.

"I am sure that all the elected representatives who are here tonight are determined to see justice for the Tamil people. The UK Government has consistently called for a full and independent inquiry into war crimes and human rights abuses during the civil war in Sri Lanka. Now it is important for the new government in Sri Lanka to cooperate with the work on the UN on these crucial issues, and for all sides to work together for a negotiated inclusive settlement which provides for political equality and protects the rights of Tamils and all parts of the community in Sri Lanka."

"It was good to know that while the event was underway, Foreign Office Minister, Hugo Swire, was in Jaffna hearing directly from Tamil leaders on their concerns and objectives, following on from Prime Minister Cameron's historic visit to the north of Sri Lanka during the conference of Commonwealth leaders."