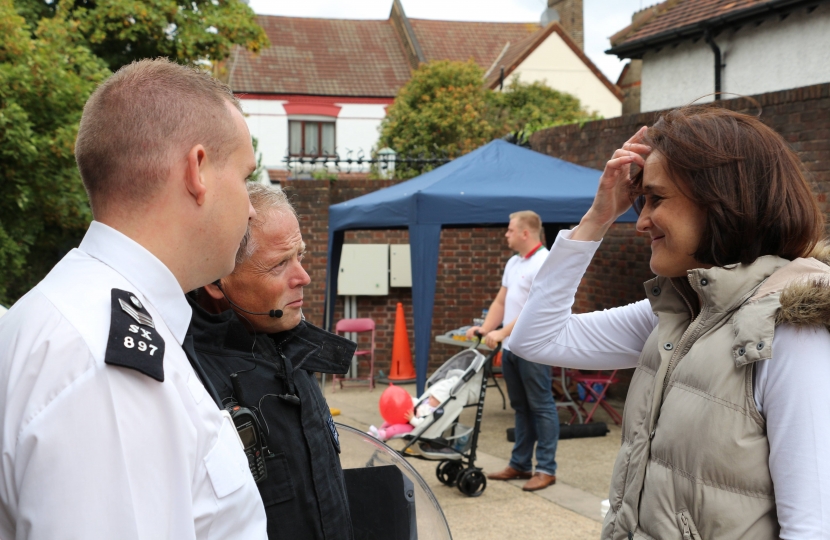 The decision by the Mayor of London to close Barnet Police Station has been strongly condemned by Theresa Villiers MP.

Responding to the news issued today by the Mayor after a consultation on police buildings in London, Ms Villiers said: “This is a terrible decision by Mayor Khan. Losing the last police station the Chipping Barnet constituency will be shocking news for many local residents.”

“The concern is not just about the loss of front desk services. The big worry is there will no longer be any base for police officers in the constituency (apart from possibly one neighbourhood team office, not open to the public). So almost every police officer serving the constituency will be based several miles away at Colindale. It is clear that this will significantly undermine the ability of local neighbourhood teams to operate effectively in the areas for which they have responsibility.”

“Although the Met police need to make savings to operate more efficiently, this closure is not the way to do this. The previous Conservative Mayor delivered efficiency savings but still managed to keep Barnet Police Station open. Mayor Khan’s decision is unjustified and will mean my constituents face a lengthy and complicated journey to the other side of the borough if they want to speak to a police officer to report a crime face-to-face.”

“This is a betrayal by Labour and shows that Labour Mayors don’t care about Barnet.”

As well as closing Barnet police station, the Mayor has announced he will close all the Safer Neighbourhood Team bases in the Chipping Barnet constituency apart from one in East Barnet.