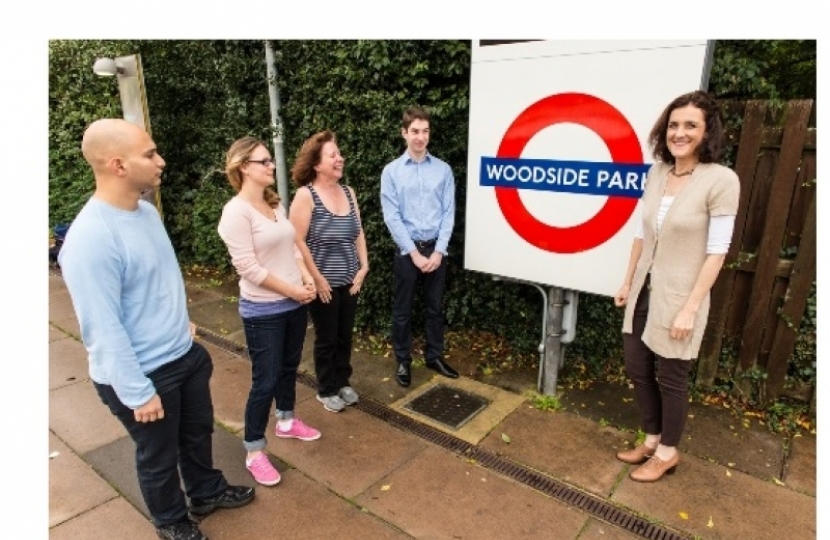 The announcement by the Conservatives of a five year real terms freeze on tube and regulated rail fares has been welcomed by Theresa Villiers, Conservative candidate for Chipping Barnet.

Theresa said "Times have been difficult for many families as a result of Labour's Great Recession. The Conservatives know how important it is to provide help with the cost of living. Our long term economic plan is helping to keep inflation and interest rates low but we are going further today by promising to freeze tube and regulated rail fares in real terms for the next five years. So they will only go up by inflation. Only the Conservatives can offer families the additional financial security that this will bring."

"The cost of commuting is a substantial part of household bills and we are determined to bear down on that cost. When Labour were in office, commuters were hit with above inflation rises year after year. Fares rose by 11% in Labour's last year in office. And if they got in again, the economic chaos they would cause would ensure it happened all over again."

"We are only able to make this pledge because of the economic security provided by our long term economic plan. Because of the difficult decisions we have made on issue like welfare, we can afford to provide help with rail and tube fares as well as delivering the biggest programme of improvements to our rail network since the Victorian era."

"That includes the much needed upgrade of the London Underground, massive improvements to Thameslink service as Crossrail. We will also be delivering extra rail carriages along with hundreds of miles of newly electrified track leading to faster, more frequent services which emit less pollution." 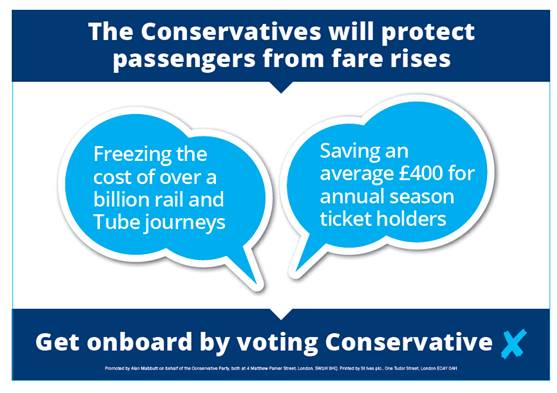