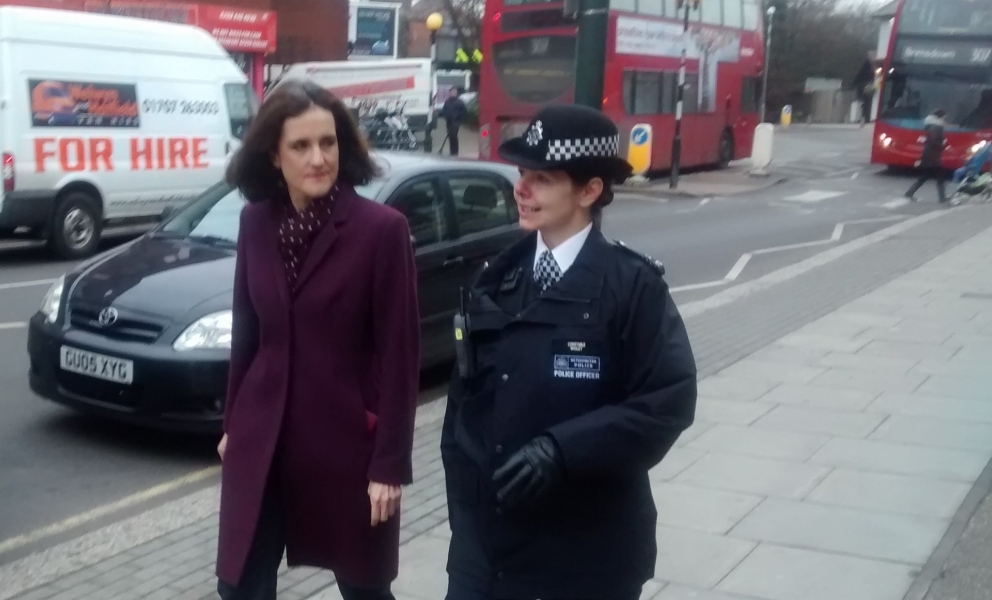 Police must keep up the pressure against muggings in Barnet 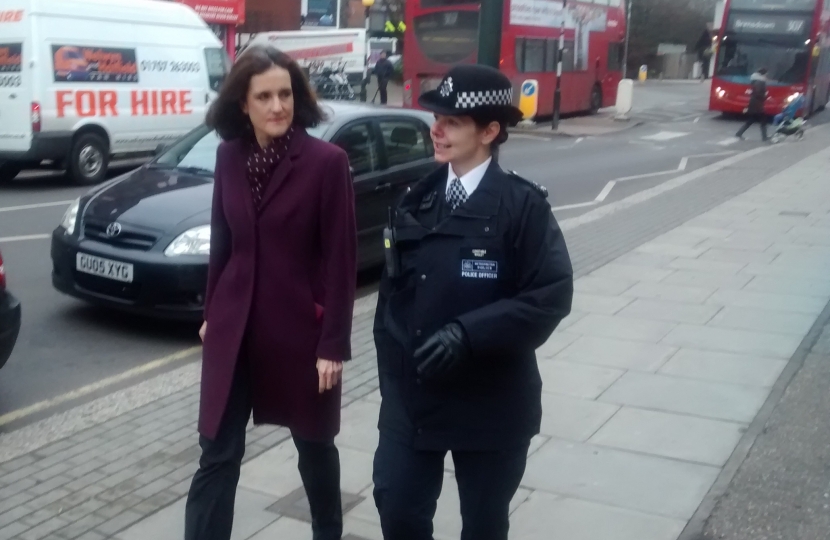 At least four schools in the constituency have reported incidents to the police since December, including Finchley Catholic High School, JCoSS, Friern Barnet and East Barnet School.

“I fully appreciate the concern felt by children, parents and teachers about the recent increase in muggings” said Theresa.

“It’s appalling that Barnet secondary school students have been threatened and robbed.”

“The problem may temporarily reduce while schools are closed, but when I spoke to the headteacher of Finchley High School, Niamh Arnull, on Friday she remained very concerned, as are other heads. I can completely understand why.”

“These crimes are wholly unacceptable and I have been urging the police to crack down on the problem. So far, their response has been nowhere near good enough.”

Theresa spoke with Superintendent Mark Hambleton of Barnet Police on Friday to receive an update on how the Met is responding to Covid-19 and she also raised the mugging issue.

She received an assurance from Superintendent Hambleton that tackling street robberies and muggings would continue to be a top priority for the police in London.

“I was told arrests had been made in relation to the recent increase in street crime around Barnet schools", Theresa said.

“The Met is also recruiting significant numbers of new officers and this should improve its capacity to keep children and young people safe.”

“The response to my call for more action was positive, but I will raise this issue again if there are further incidents. I appreciate that the Covid-19 crisis will have big impacts on policing, as it will in all other walks of life, but I wanted to ensure that the police don’t let up on street crime or muggings.”

Following the meeting with the Finchley Catholic High headteacher and members of her staff team, Theresa added:

“The Covid-19 situation has had a major impact on staff and students in schools in the Chipping Barnet constituency. This is an incredibly difficult time for everyone, but especially children and young people who have been preparing for exams that won't now happen. I want to thank all teachers and school support staff in my constituency for their tireless efforts to provide the best learning opportunities for pupils, despite the national emergency we're all now living through.”