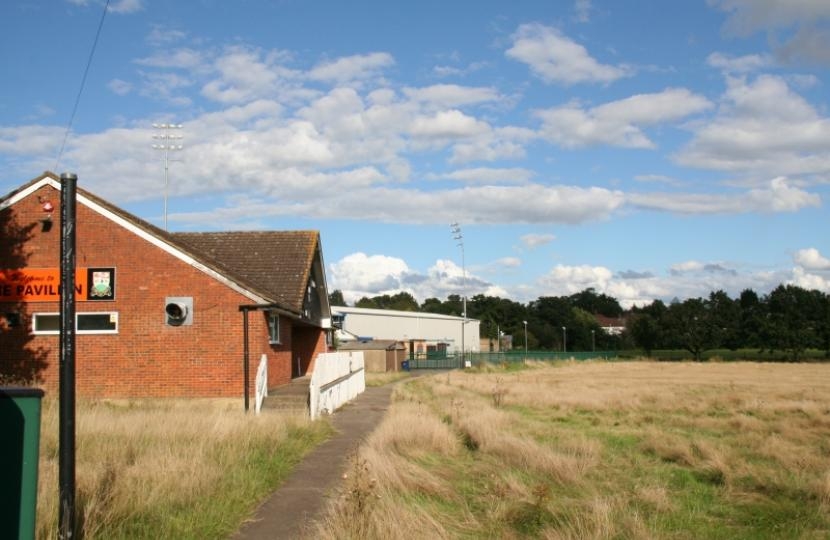 Theresa Villiers, MP for Chipping Barnet, invited representatives of the Ark Academy and the Education Funding Authority (EFA) to her constituency office in Barnet High Street on Friday to enable local residents to set out their views and seek answers on a number of issues regarding the planned school. Following the meeting which was attended by representatives of the Barnet Residents’ Association, Theresa Villiers said:

“It’s been confirmed that the planned 2017 opening date for the new Ark Academy free school at Underhill has been postponed until Autumn 2018. This is a more realistic timetable and will hopefully give more time to resolve various issues which have been raised with me by constituents about the school.”

“We had a constructive meeting with Ark and the EFA at which I and residents asked questions on a range of issues. Ark and EFA told us the proposal for the new school was based on the expected increase in demand for school places, with Barnet Councilprojecting that 20 new forms of entry will be needed by 2019-20.”

“It became clear that the assessment of demand was based on borough-wide figures rather than population changes in the High Barnet and Underhill areas closest to the school. Both I and the residents at the meeting emphasised that if children were going to come to the proposed new school from around the borough, rather than just the local area, that made it even more important to address concerns about traffic and parking.”

“The Underhill site where it is planned to build the new school is surrounded by narrow suburban streets. It will be crucial to ensure that action is taken to ensure that the school related traffic does not block up the roads.”

“I welcomed the news from Ark that residents will have the chance to have their say on the proposed new school as part of the planning process. I urged Ark and the EFA to actively engage with the local community and listen to their views. This process will also provide an opportunity for residents to hear about Ark’s record in delivering excellent educational opportunities to children from all backgrounds.”

The Education Funding Authority was represented at the meeting by project managers for the new school, Ian Williams EFA and Jamie McFarland. The Ark Academy was represented by Jenny Duncan and Charlie Fagan.

News of postponement of the opening date for the school was given to Theresa Villiers in a letter from Education Minister, Lord Nash, dated 7th March.