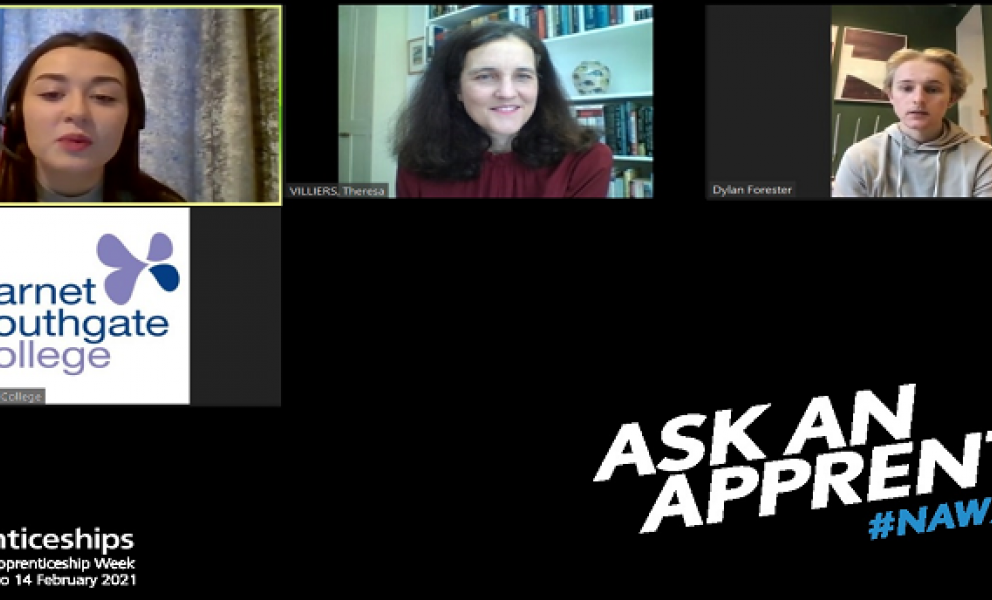 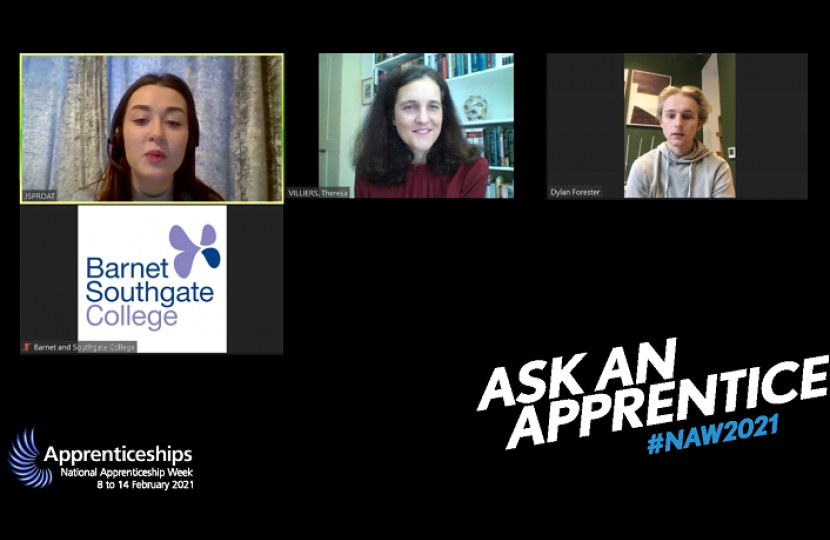 MP Theresa Villiers met with two young apprentices from Barnet and Southgate College via Zoom to talk about their experiences as part of National Apprenticeship Week.

Dylan Forester, 18, and 19-year-old Jordan Sproat told Theresa how they split their time with employers and the college as they study in lessons and on the job.

Dylan is a Level 3 Gas Engineering Apprentice and studies one day a week at the College’s Colindale Campus. The other four days is employed by DJW Contractors.

Jordan is training on the Customer Service Level 2 Apprenticeship and is currently working in a local Government position, primarily on Covid-19 response for local residents.

Both told Theresa they were enjoying their courses and placements and Dylan said he eventually wanted to set up his own business.

Jordan said she initially considered university but then chose an apprenticeship because she wanted to build up her work experience.

“It was a real pleasure to speak to these two young people about the positive impact their apprenticeships have had on them and how they feel ready to make their way in the world of work and even business in the years to come,” said Theresa.

“This really confirmed for me that the Government is right to be massively expanding apprenticeships and vocational education which can offer great opportunities for many young people in Barnet.

“University is not for everyone and working up through a company while gaining vocational qualifications is a good way for many to achieve their ambitions.

“If anyone is thinking of this path then National Apprenticeship Week until 14th February is a great opportunity to find out more about apprenticeships.”