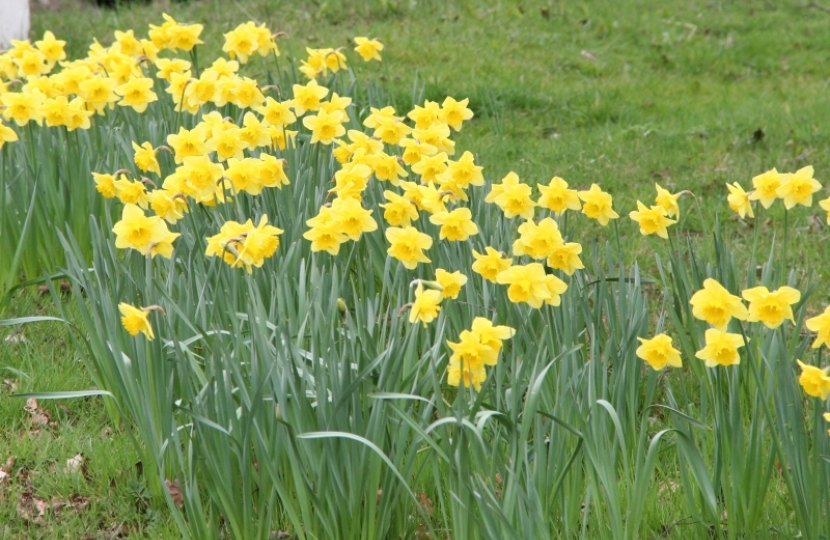 Theresa Villiers has issued the following statement wishing Barnet residents a Happy Easter: "On the eve of the most important day in the Christian calender, I would like to send my best wishes to all those celebrating Easter tomorrow. In our highly secularised society, it sometimes feels as if the significance of this religious festival is too often overlooked.

Tomorrow Christians in this country and around the world will be celebrating the Resurrection of Christ and it is a good time of the year to celebrate the huge contribution to our society and our values made by Christianity. I would like to pay tribute to the clergy and congregations throughout the Chipping Barnet constituency who I have met and worked with on many projects during my ten years as MP. They do brilliant work and too often go unthanked for it.

A few days ago, my colleague, Michael Gove wrote a very hard-hitting article in the Spectator protesting about anti-Christian sentiment. He describes Christians as "the kind of people who built our civilisation, founded our democracies, developed our modern ideas of rights and justice, ended slavery, established universal education and who are, even as I write, in the forefront of the fight against poverty, prejudice and ignorance."

He goes on to highlight the role of the church in modern Britain: "The contrast between the Christianity I see our culture belittle nightly, and the Christianity I see our country benefit from daily, could not be greater. The reality of Christian mission in today’s churches is a story of thousands of quiet kindnesses. In many of our most disadvantaged communities it is the churches that provide warmth, food, friendship and support for individuals who have fallen on the worst of times. The homeless, those in the grip of alcoholism or drug addiction, individuals with undiagnosed mental health problems and those overwhelmed by multiple crises are all helped — in innumerable ways — by Christians."

You can see Michael's full article on the Spectator’s website.

Another issue that should be in our minds at Easter is the plight of Christians who are not free to practice their faith. The increasing instances of discrimination and persecution of Christians around the world, particularly in the Middle East, is a grave concern. I am a strong supporter of the work done by Open Doors to support and help Christians who are oppressed. I would encourage anyone who shares my concern to visit the Open Doors website to find out more about their work. Defending freedom of religion around the world continues to be an important foreign policy priority for this Government."