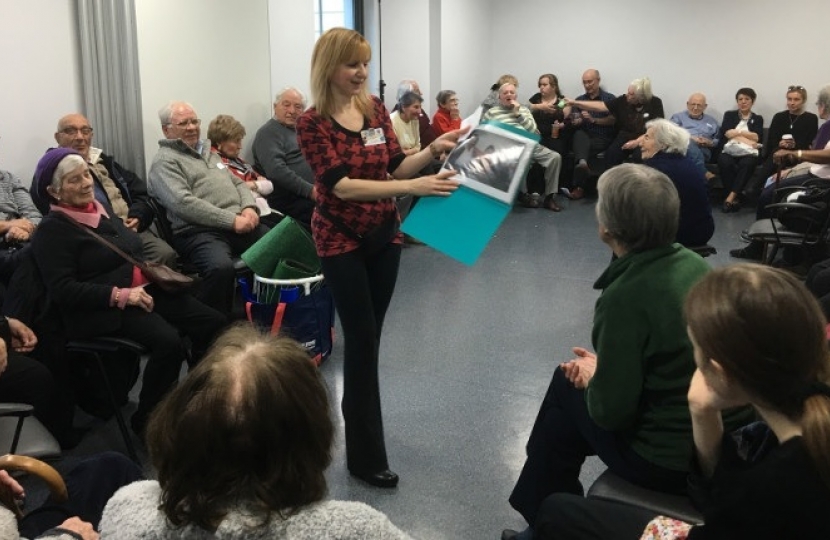 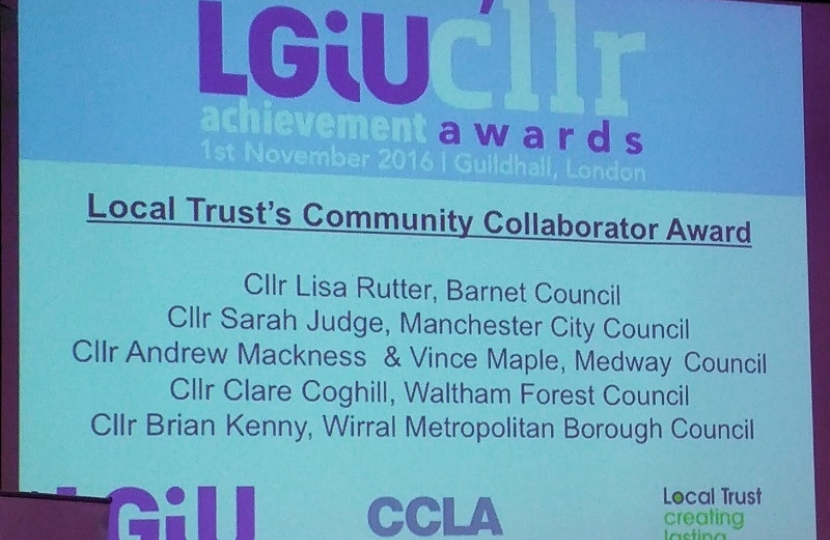 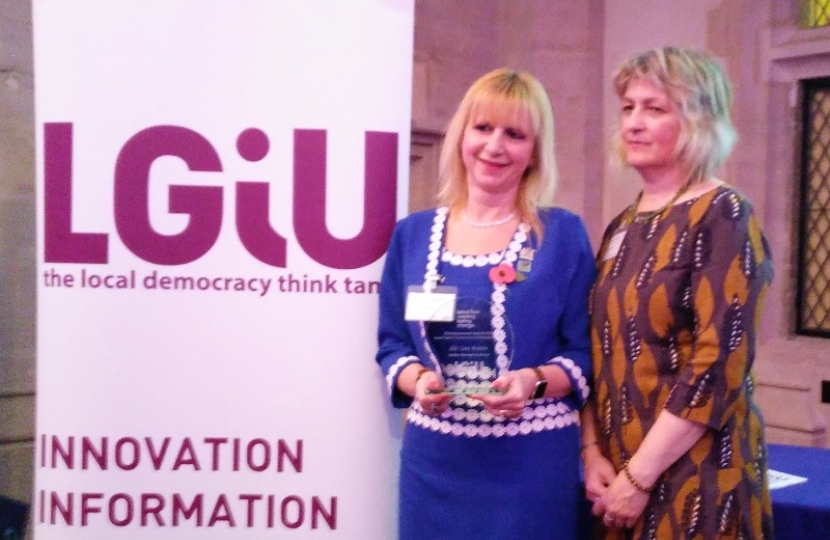 Lisa Rutter, Conservative councillor for Brunswick Park ward, this week was named ‘Local Trust Community Collaborator’ 2016, an award given for ‘community pioneers’, at an awards ceremony hosted by the Local Government Information Unit.

The award is given to the local councillor who has pioneered new methods of community support and empowered residents to positive local change. Lisa Rutter, whose mother lives with dementia, is the founder of Dementia Club UK, a local charity that aims to provide support for people living with dementia and their families.

Lisa Rutter was Mayor of Barnet between 2011 and 2012, and during that time she raised the money to pay for the first dementia café, which opened in Finchley Memorial Hospital in Granville Road in 2013. The café was then part of the Alzheimer’s Society, one of her chosen charities.

The club at Finchley Memorial Hospital ran on a fortnightly basis for two years. Seeing the positive impact of the club, Lisa Rutter then obtained funding from Saracens to run further dementia clubs for residents across the borough. She now runs 4 Dementia Clubs in the Borough of Barnet. The Finchley Memorial Hospital café is run weekly on Wednesdays. The Britannia Community Centre café in North Finchley is run on the last Monday of every month, the Sha'arei Tsedek North London Reform Synagogue café which is open to all faiths is run on the 1st Monday of every month and the fourth café was opened in July 2016 at Hendon Town Hall which runs on the last Thursday of every month.

The aim of the cafes is to provide a place for people suffering with Alzheimer's disease and other forms of dementia to attend with their carers and families and relax in a social atmosphere and chat with other carers over a cup of tea/coffee and lovely cakes. Each session also provides advice and information from various speakers, gentle exercise to music and fun activities. A GP and nurse are also available at most sessions to answer any medical concerns.

As well as founding Dementia Club UK, Cllr Rutter also hosts a Dementia Awareness Day every year at Brent Cross Shopping centre and is also the Ageing Well Champion for the Borough.

Richard Cornelius, Leader of Barnet Council, said: “We are all very proud of Lisa and her hard work across the borough.”

Theresa Villiers, Member of Parliament for Chipping Barnet, said: “I am delighted that Lisa’s dedication as ward councillor for Brunswick Park ward has been recognised. This award is well deserved. Lisa’s work supporting people with dementia and their carers has been outstanding. She has built up her dementia clubs in Barnet from scratch that is changing lives for the better right across the borough.”

Cllr Rutter said: “I am thrilled that the work of Dementia Club UK has reached such a wide audience, and I hope that this will help to spread the word about dementia clubs and help those living with dementia to live well and live with dignity and also provide help and advice to the families to deal with the challenges they face.”