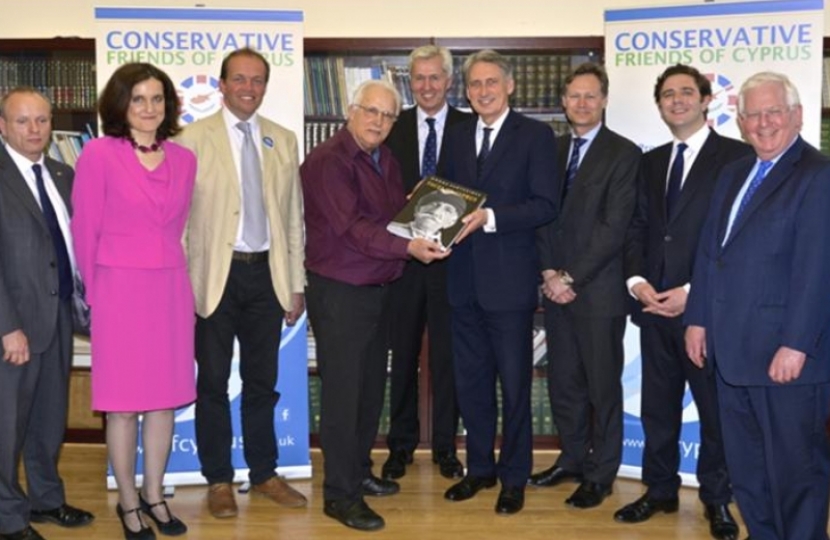 Ms Villiers said: “It is good news that President Anastasiades and Mustafa Akinzi, will be meeting this weekend. I welcome the fact that President Anastasiades was the first to pick up the phone to Mr Akinzi to congratulate him on his victory. I too would like to pass on my congratulations. I wish both leaders well in their efforts to secure a lasting peaceful solution for a reunited island when formal talks resume in a few weeks’ time.”

“The results of the recent vote in the northern part of Cyprus open a real opportunity which I believe it is important for both sides to seize. The fact that the two leaders are meeting so soon after the election of Mr Akinzi is very positive and I welcome this initiative from President Anastasiades.”

“As MP for Chipping Barnet for 10 years, I represented many thousands of British Cypriots and I know how strongly they want to see a solution. Conservative candidates like Matthew Offord, Nick de Bois, Mike Freer, David Burrowes and I have been working for many years to support Cypriots in their efforts to find a workable, just and lasting settlement. If we are re-elected next week we will continue to campaign for justice for Cyprus.”

The proposed meeting on Saturday is an informal one with formal negotiations expected to start by the end of May.