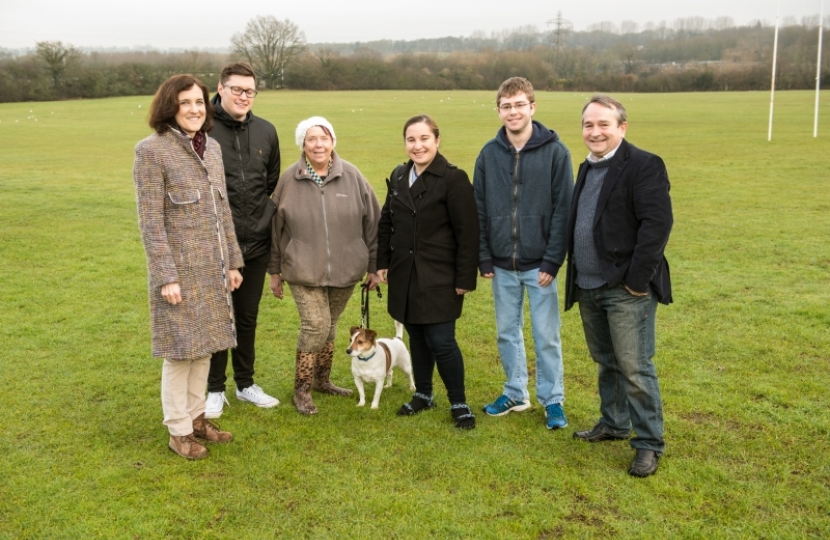 In advance of the publication of the Conservative manifesto tomorrow, Theresa Villiers has welcomed the news that it will contain a commitment to defend the green belt. Local Government Secretary, Eric Pickles announced over the weekend that the manifesto will contain a decisive pledge to protect the green belt and prioritise the use of brownfield land for new homes.

Welcoming the announcement, Theresa Villiers said “I am a strong defender of the green belt in Barnet. The green belt is essential to prevent urban sprawl and encroachment, and provides a vital breathing space around towns and cities.”

“Green belt protection rules provide a vital safeguard for the quality of life of Barnet residents. Since 2010, the Government has increased green belt protection in national policy, for example in relation to traveller sites. If we win the election, we will continue to protect the green belt and the rules preventing green belt development will be retained.”

The Conservative Party manifesto for the 2015 general election will say:

“We will… ensure local people have more control over planning and protect the Green Belt.

“We have safeguarded national Green Belt protection and increased protection of important green spaces. We have abolished the Labour Government’s top-down Regional Strategies which sought to delete the Green Belt in and around 30 towns and cities, and introduced a new Local Green Spaces planning designation which allows councils and neighbourhood plans to give added protection to valuable local green spaces.

“We will… prioritise brownfield development.”

The green belt is 34,000 hectares larger than in 1997 (disregarding existing Green Belt land re-classed as National Park land – which continues to be protected). The amount of green belt development is at its lowest rate since modern records began in 1989 (Hansard, 27 February 2015, PQ 224590). Conservatives in Government have: