The choice at this general election 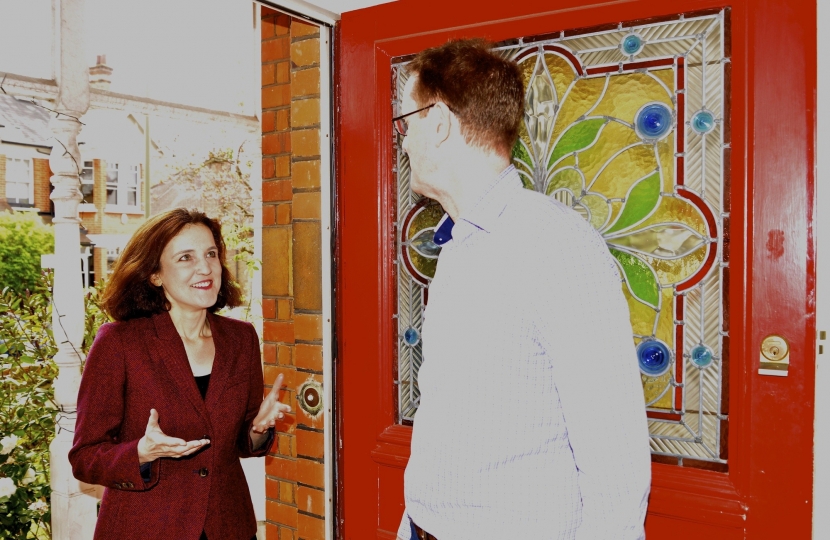 Delivering a strong economy has always been a top priority for Theresa Villiers, the Conservative Parliamentary candidate for Chipping Barnet. In this article she sets out why securing economic stability is an issue right at the heart of the choice to be made in this election…..

“In a busy schedule of doorstep calls in the constituency, I have had many conversations with Barnet residents about the issues which matter most to them. In every election, including this one, the economy is central. My greatest goal in politics is a strong economy. For 4 years I served at the highest levels of Government and was part of the team which delivered economic stability and roughly 1000 jobs for each day the Conservatives have been in office. We have also cut income tax for 31 million people.

We need sound public finances and a strong economy to fund the NHS, schools and all the public services we value. A vote for Labour or the Lib Dems would put all that at risk, damaging public services and living standards right here in Barnet.

When the Conservatives took office again in 2010, Labour left us with the worst deficit in our peacetime history. Thanks to the Conservatives in Government, and the hard work of the British people, this country has made a strong recovery.

Last year, economic growth figures in the UK were better than all but one other major advanced economy. Under Conservative stewardship of the economy, we have cut the deficit by almost two thirds – dealing with our debts to help secure stability and prosperity for the future. In cash terms, the deficit is down from £151.7 billion in 2009-10 to £51.7 billion in 2016-17. As a share of GDP, it is down by almost three quarters.

There has also been astonishing growth in the number of jobs created since we took over from Labour in 2010. Employment is up by 2.8 million. That’s 2.8 million more people with the security of bringing home a regular pay packet. There are now more women in work than ever before.

A coalition of chaos led by Jeremy Corbyn propped up by the Liberal Democrats and SNP would put all that at risk. Jeremy Corbyn wants to borrow £500 billion and more. He thinks the last Labour government ‘actually spent too little’.

Every day of this election campaign, Labour and the Lib Dems have been making more and more spending commitments without credible plans for how to pay for them. That inevitably means much higher taxes and more and more borrowing. The hardship faced by countries around Europe during the banking and sovereign debt crisis shows what happens when governments lose control of the public finances and borrow more than they can afford: our public services suffer, people on low incomes suffer, jobs are lost, and living standards fall.

Only a year or so ago, 75% of Labour MPs backed a “No confidence" motion in Jeremy Corbyn. We cannot trust him to lead our country and deliver economic stability. A Labour Lib Dem coalition led by Jeremy Corbyn would wreck the economy. That would mean less money for our local schools in Barnet, less for the NHS, less for policing, less for our armed services, and less for all our other priorities. Only a strong and stable government led by Theresa May and the Conservatives will lock in the economic progress we have made.

The referendum revealed sharp divisions across the country including here in Barnet. But it in everyone’s interests, whether they voted leave or remain, that we achieve a successful outcome to the forthcoming exit negotiations.

Whilst I voted leave, I will be listening to the views of the whole community, whether they backed leave or remain, as we seek a new relationship with Europe. My goal for a successful Brexit is an outward-looking UK engaging internationally and shaping a new partnership with Europe with which the majority of both leave and remain voters can be comfortable. It is in the interests of both sides of the negotiation that we reach an agreement which sees us continuing to cooperate in many areas of mutual interest and maximises the opportunities for trade between us.