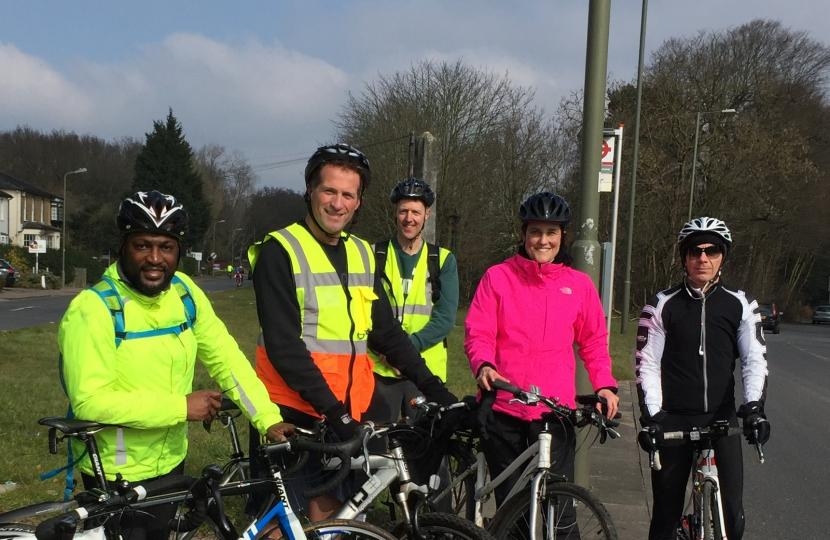 Theresa Villiers, MP for Chipping Barnet, joined Cllr Mark Shooter, the Mayor of Barnet, for a 19-mile charity cycle ride. The event was part of the fundraising efforts for the Mayor’s charity which this year is supporting Duchenne Muscular Dystrophy Research, Chai Cancer Care, Homeless Action in Barnet and Legadel. The ride started at Allianz Park in Hendon and was sponsored by Saracens, Pentland Ltd and Capita.

Speaking after completing the route, Theresa Villiers said: “I enjoyed this Community Challenge Bike Ride to support the Mayor’s charity appeal for 2016. I found some of the hills were pretty tough going but that’s inevitable in a borough like ours - they don’t call it High Barnet for nothing!”

“All the cyclists got to enjoy some of the best bits of Barnet. I was pleased that much of the route took us through my constituency. The cycle paths along the Dollis Brook and Pymmes Brook are always great and it was also good to show off scenic green spaces like Hadley Green and Oakhill Park.”

“I welcomed the fact that the Barnet Cyclists group had a stall at Allianz Park for the event, handing out useful information.”

Participants in the cycle ride included the Mayor of Barnet, Cllr Mark Shooter, Cllr David Longstaff and Cllr Gabriel Rozenberg. For those who did not want to cycle, there was an opportunity to take part in a three mile sponsored walk. Musical entertainment and refreshments were laid on at Allianz Park for the returning walkers and cyclists at the end of the challenge.