Barnet celebrates 90th birthday of Her Majesty the Queen 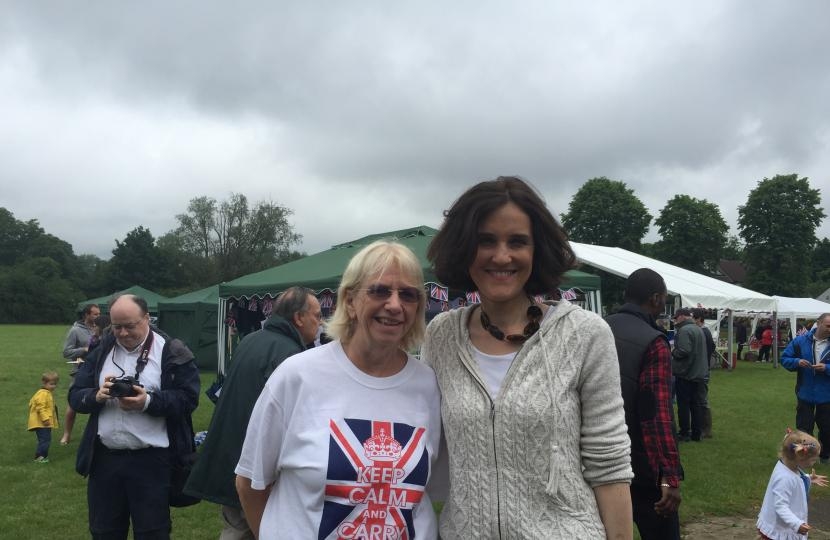 Theresa Villiers, MP for Chipping Barnet, joined residents across Barnet for celebrations marking the 90th birthday of Her Majesty the Queen over the weekend.

On Saturday Theresa joined a party on the green in Chipping Barnet, outside St John the Baptist Church. The event was organised by the Rev Chris Ferris and the enthusiastic team of helpers from the congregation at St John’s. Funds were raised by raffle and tombola towards the Noah’s Ark Children’s Hospice, one of the Mayor’s charities of which Mrs Villiers is a longstanding supporter.

Residents in Totteridge village also hosted a street party and village fair in aid of Noah’s Ark which took place on Sunday outside Totteridge Tennis Club. Local charities and organisations showcased their work by holding stalls, with prizes awarded in the afternoon by the Mayor of Barnet, David Longstaff. Totteridge ward councillors, Alison and Richard Cornelius and Caroline Stock were also there giving enthusiastic support to the event.

Celebrations also took place in the Spires shopping centre and in street parties across Barnet.